But seriously, it is! In comparison to other types of midi keyboards, those in their 30s are actually quite a rarity. So really, just by clicking on this blog, you’ve taken a large step towards differentiating yourself from 90% of producers. Kudos to you!

However, it is hard to see why these mid sized midi keyboards are so rare. When compared to other midis on the market, those with 32 or 37 keys are just as well equipped. In fact, compared to 25 Key Midi Controllers, a lot of those in their 30s come with extra features & in some cases, are even built to a better standard too – the keys aren’t the only upgrade.

All of which really does beggar the question, why are midi keyboards with around 30 keys, so rare? Is 32/ 37 keys enough? Read on & we’ll reveal a handful of the best 32/ 37 key midi controllers for sale today.

After something specific about the best 32/ 37 key midi keyboards? Or just curious if 32/ 37 keys is enough? Use the menu below to get clued up on mid-sized midis extra fast…

Now it’s no secret, what with all the various sizes & specs of midi keyboard out there, that tracking down the right one of you (especially today) is no easy task. When it comes to Music Production Kit, midi keyboards are one of the hardest things to get right, as there’s no ‘one-size-fits-all’ solution.

Hence why choosing the midi keyboard that bodes best with your workflow is a must! Exactly why we’ve taken the time to review a handful of the best 32/ 37 key midi controllers that you can buy today…

“Pro producers – get ready. There’s no other midi in this segment that’s more feature-packed!
Latest Price!

“Funky, but functional. This compact midi is great for producing on the road” – Alex (Editor)
Latest Price!

“Not quite the Keylab Pro, but ideal for mid-level prods. The functionality & build is there!” – Alex (Editor)
Latest Price!

“As you’d expect, with anything labelled ‘pro’ & made by Roland, this midi is built to last!” – Alex (Editor)
Latest Price!

“Premium keyfeel @ a not so premium price. Pianists will be pleased!” – Alex (Editor)
Latest Price!

“Don’t let the brand name fox you – this is a superb budget board!” – Alex (Editor)
Latest Price!

“Quite the surprise. We expected this board to feel cheap… but it doesn’t.” – Alex (Editor)
Latest Price!

“Slimline & simple. If pure keys are what you’re after, this is a no-brainer!” – Alex (Editor)
Latest Price!

Which is the best 32/37 key midi keyboard? Our editor’s choice…

DISCLAIMER: Deciding on what we deem to be the best 32/ 37 key midi keyboard was tough. And by ‘tough’, we mean this verdict took us a good few days to reach!

See, when buying a 32/ 37 key midi keyboard, as far as we can tell you’re hunting for 3 key qualities: a solid build, decent keys & a good level of functionality. So in other words, a good all-round midi keyboard. A slightly different recipe to what you’d be after with a 88 or 25 key midi controller.

In which case, if you’re a professional-level producer, who’s after a midi controller that offers optimum control in a studio environment + impeccable keyfeel (or if you’re a high-level performer), then we’d without a doubt opt for the…

Believe us when we say that as far as midi controllers get at the 32/37 key level, this is hands-down one of the most professional pieces of kit you’ll find. Not many midi controllers come with a built-in analogue sequencer, let alone aftertouch & this many buttons (most of which have secondary functions).

Not to mention the sheer amount if inputs/ outputs this keyboard has for modular gear. All of which makes it great for performing live, especially when you’re using multiple instruments, be they physical or software. In may ways, we like to think of it as a slimmed down Keylab 88 or S61, only with a few modular quirks. And all of that’s great, but …

If you’re not after such deep functionality, then the Keysetp Pro 3 may actually be overkill. In which case, a slightly more conventional midi keyboard may be better value. Something like the…

A midi keyboard that (pardon the cliche) is pretty much all you’ll ever need.

Just like it’s smaller cousin, the Launchkey Mini MK3, the 37 offers a LOT when it comes to value. In a game of ‘compare the cost’ it’d no doubt come out on top. Reason being that, while it isn’t the cheapest 37 key midi controller, for the money it’s hard to find something that’s better equipped.

We were genuinely impressed by virtually every aspect of this board, right from the response of the drum pads, to the feel of the keys or sheer quality of inputs/ outputs. This is 37 keys that works really well, no matter your style of production or workflow.

So much so that the only reason we’d see the need to opt for something different would be (in the case above) you’re a full-on pro, or if you’re a beginner who’s just after something that’s a bit more ‘back to basics’. Perhaps the Midiplus AKM 322 or the Korg Microkey2 37.

So yeah – if we were to pick the best of the bunch, the Launchkey 37 would take the title.

Enjoy this 32/ 37 key midi keyboard review & eager for more? Don’t miss out on all our latest Music Production Advice + all our recent Music Kit Reviews. Recently, we also did a full rundown of the Best 49 key Midi Controllers + another on Weighted Midi Keyboards, which may also be worth a read.

Or, if you’re here purely to read up on 32/ 37 key midi controllers, then keep reading & we’ll answer even more of your burning questions + discuss why a midi controller is such a vital part of your setup…

The lowdown on 32/37 key midi keyboards + midi in general…

32 key midi keyboards are more than just good. If anything, you could say they’re the perfect size.

A midi controller that retains a good chunk of the portability you get with a 25 key midi, yet gives you another octave of keys + (usually) some extra technical perks. A fair few keyboards in their 30s come with additional inputs/ outputs, as well as slightly different keybeds.

Call them a good balance if you will – they’re not fully kitted out & neither are they so basic that they become limiting. In fact, for most producers/ beat-makers, they’re the perfect fit.

PS/ Also keep an eye on software bundles. Spend that bit extra to get 32 keys over 25 & you could also bag yourself some additional plugins, virtual instruments or maybe even a DAW.

The answer to that really on depends on how many keys you need from a mid keyboard in order to produce.

If you’re a concert pianist then your answer to this will likely be the full 88. In which case, 32/ 37 key midis just don’t cut the mustard. Not only do they restrict you in terms of playing area/ scales, but they also might not be weighted the way that you’d like or be big enough (on a key by key basis) for your fingers.

NOTE: A lot of 32/37 key controllers come with mini keys, which typically aren’t as long or as wide as conventional keys.

However, in the case you’re a producer or beat-maker who isn’t trying to layer your 808s with a work of Mozart, then a 32 or 37 key midi controller should more than suffice. Both for studio & ‘on the go’ use, these boards work great for musical notetaking.

Plus, they’re a darn site cheaper too!

When shopping for what you consider to be the best 32/ 37 key midi controller, there are a few factors to bear in mind. Here’s 3:

To put it bluntly, not more than 3 octaves – i.e. usually enough for most producers.

See, while 32 or 25 keys can feel a bit crampt, especially of the keys are miniature, 37 keys (i.e. 3 octaves) is more than enough to give producers creative room to the point that they don’t have to keep smashing the ‘octave shift’ button every 2 seconds. Any piano-focused prod who’s picked up a 25 key controller, will know all about that (it’s a headache).

In fact, with most of these boards, we found it pretty easy to get a nice run going & found scales to be pretty simple too. Now of course that’s up to you to decide, but if the jump up to a 49 key midi is too much (both in size & price), then 37 keys is pretty much spot on.

As far as we know, there are no 32/37 key midi controllers with full-sized keys.

Part of the reason being sales. That’s because the majority of people who’re after 32 or 37 keys, are usually searching for something portable, which full-size keys could severely hamper. A longer & deeper keybed doesn’t exactly make a midi backpack friendly.

In which case, if full-size keys are what you’re after, we’d suggest upsizing to either 49 or 61 keys. 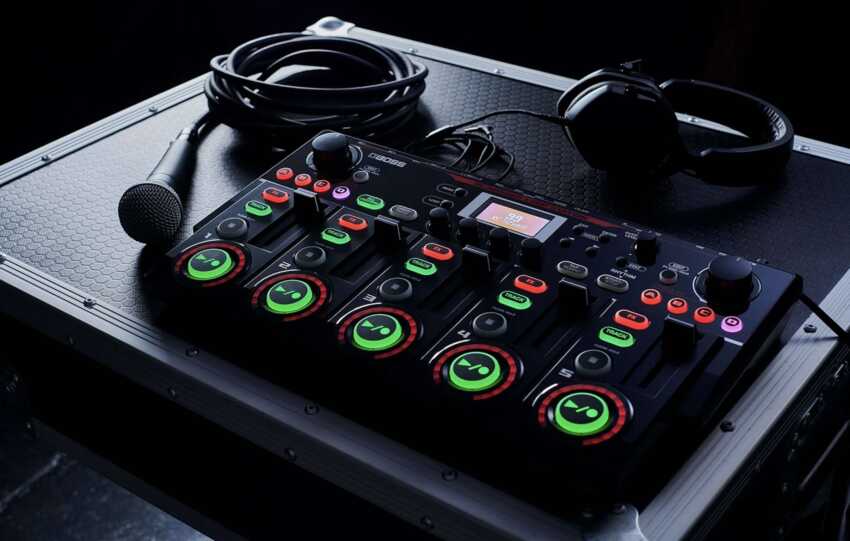 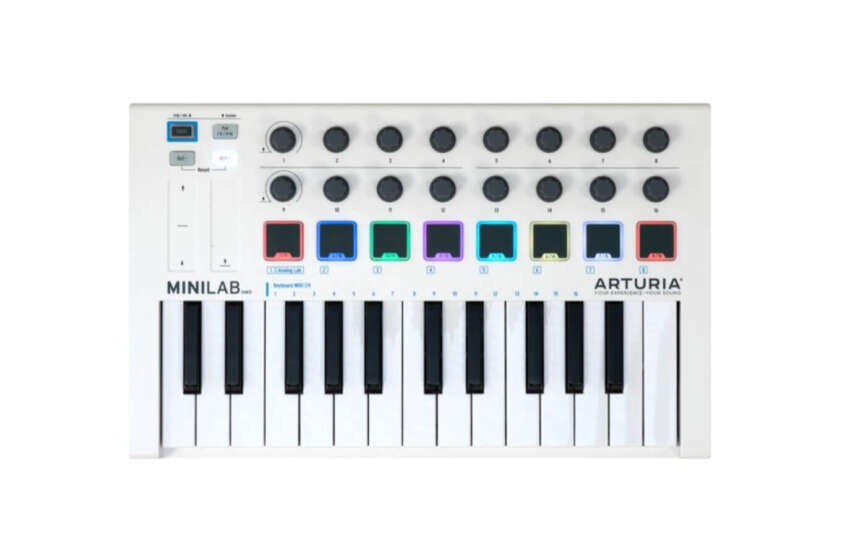