A characteristics that set them apart from 99% of studio speakers. That’s because a lot of speakers these days actually mess with your sound. Send an audio track through a HQ speaker and it’ll likely receive a bass boost, as well as a some slight tweaks to the highs and mids. Great if you’re a casual listener who’s after top quality playback, but an absolute nightmare for a music producer who’s chasing the perfect mix. Why?

Because unlike casual listeners, producers are in search of one thing: authenticity. That being raw playback, which is true to the original recording. Hence why studio monitors are so popular! As unlike your average speakers, they don’t look to enhance sound, but more amplify it in the most accurate way possible. A slight difference that really does make all the difference.

So much so that it’s pretty easy to tell a mix that’s been done with speakers, over one that’s done with monitors. And yet the great thing is, it’s no like you need the biggest monitors to feel the benefit; for most producers, 5 inch monitors are usually more than enough. Saying that though, it’s choosing the right monitor that’s the real humdinger – there’s that many! Exactly why we’ve taken the time to pick apart and critique 9 of the best 5 inch studio monitors you can buy in 2022.

“Adam Audio have a reputation for first-class sound. Thankfully, the T5Vs are no exception!” – Alex (Editor)
Latest Price!

“Fan of the full-size Rockits, but can’t justify their size? Try these…” – Alex (Editor)
Latest Price!

“Both a casual speaker & a reference monitor mashed into one. These monitors are clever!” – Alex (Editor)
Latest Price!

“Arguably the underdog of 5 inch monitors. It’s hard to tell these apart from a HS5!” – Alex (Editor)
Latest Price!

5 inch too small, but 8 inch too big? Try these studio monitors…

“Those AMT tweeters sound super crisp. The highs on these are superb!” – Alex (Editor)
Latest Price!

Which 5 inch studio is best for the studio? Our editor’s choice….

We actually found it pretty easy to pin down the best 5 inch studio monitor you can buy in 2022. And that’s because there’s really only one monitor that goes the extra mile in terms of both design and sound. Not to say any of the monitors above are bad – they’re not – but for us, the attention to detail you get with this woofer, really does make it stand out. That monitor being the…

A piece of studio gear that we think takes the concept of ‘pure transparent sound’ to a whole new level. As far as 5 inch monitors go, the Genelec is arguably the most premium you can get. Gey your hands on a pair and you’ll soon see what we mean. The build is exceptional! Safe to say you could probably hit this thing with a hammer and it’d live to tell the tale.

Even the grill over the sub and tweeter has no flex in it. Something that when teamed with its small profile, really does make it the ideal 5 inch studio monitor for the road. And while we’re on the design, we can’t get enough of it! If you’re after a lightly artsy vibe in your studio, then look no further. Next to your KRKs and Yamahas the Genelecs look like some sort of exquisite art-piece, especially if you spec them with the bare aluminium finish.

However what really blew us away is that all this design is actually functional too. All the curves acting to reduce the diffraction within the monitor – a common problem with the traditional box designs. And on the topic of sound, that’s really why you buy these monitors. Yes the design is darn sexy and they’re professional made in Finland, but the frequency response is why these monitors really take the trophy.

Out of all the monitors you can buy, the frequency response on the Genelecs is some of the flattest you’ll find, which makes them ideal for any pro beat-maker or mix engineer. What’s more, unlike some monitors on this list, the Genelecs come with a super wide sweet-spot. Another perk of using these to fine tune your mix. Try moving back and forth with the monitors playing and sound remains nice and consistent. An issue we found with some of the lower end 5 inch monitors that didn’t make it onto this list.

Team this with its room correction controls and the fact that those rubber feet allow the monitor to also tilt back and forth, and you really do struggle to find fault. We did. Even the price is reasonable. Yes, it’s by no means what you’d call ‘budget’, but for what you’re getting, it’s not extortionate.

Heck, consider the amount of engineering that’s gone into them and it’s actually quite cheap. Not to mention the fact that the Genelecs should only be a one time purchase. A good point, especially when you consider that you’ll end up spending pretty much the same if you were to buy cheaper monitors, and then upgrade late down the line.

Hence why we’d say the Genelecs are good quality, but also good value. So much so that we’d say that today, when product lifecycles are shorter than ever, these 5 inch Genelecs are an incredibly rare find. Exactly why we’d encourage you you to invest in a pair while you can.

Or if you’ve still trying to decide what studio speakers are best for you, keep reading & we’ll answer more of your burning questions…

The lowdown on 5 inch monitors for the studio

Yep – 5 inch studio monitors are so worth it.

Consider just how many decisions are based off the sound that comes out of your monitors and really asking if they’re worth it, will seem like a very silly question. That’s because your monitors don’t just influence the way in which you mix.

Make beats with midi and they could easily influence what virtual instruments you use. Sample live instruments and the playback from your monitors could also affect how you go about fine tuning thse through your DAW. Then consider that monitors are also direct feedback for artists and you begin to see just how invaluable they really are.

Fail to give an artist a direct representation of their vocals and it’s likely they could be misled into thinking their singing too high, with not enough range or that their voice is too bassy. Not what you want if you’ve got all the makings of a hit record. A great idea poorly executed is never a good news. It’s actually quite sad to be honest.

The best studio monitors come in all shapes and sizes.

Really we’d be tempted to say that there is no ‘best size’ of studio monitor, as the size you go for all depends on you and your setup. 8 inches are obviously some of the biggest, but really they’re only necessary if you’re either in a studio or a soundproofed room.

If not, then the best 5 inch studio monitors would more than suffice. Personally, we say the 5s are the most versatile of the lot, as they’re not uber small like the entry-level 3s or heavy on the bass like the pro 8s.

In short, if you’ve a decent sized space, but don’t want to be having arguments with your neighbours about bass, then 5 inch studio monitors are the way to go.

Go into a professional studio and you’ll actually see that quite a lot of them use studio speakers like the Genelec 8030Cs (our editor’s pic). However, a fair few also use Yamaha HS5s and KRK Rokit RP5 G4s, mainly because they’re well known.

The speaker choice may also depend on what type of studio it is. Go to a studio that’s commonly used to record Hip Hop and you’ll likely spot the KRKs. The bass you get with these, makes them a really solid choice for beat-focused music. Whereas something like a Pop studio or a one that specialises in EDM or Techno will usually have the Yamahas or the Genelecs.

That being said though, if you’re after 5 inch studio monitors for mixing and mastering, you really can’t go wrong with any of the three. Both the HS5s, Rockits and Genelecs have a superbly flat frequency response.

Now in our experience, studio monitors by Donner aren’t too bad.

In terms of budget they usually come in at the lower end of the scale and boast a good amount of features for the price. However, when compared to the likes of the Yamahas and KRKs, they do lack flatness in their frequency response. In the past, we’ve also tended to find that the sweet-spot on these monitors is quite small, especially when compared to other monitors in that price range.

While the smaller Donners are definitely the best. They work great for beginners! We’d say if you’re going to get any opt for any, the 4 inch Donners we mention in our rundown of the Best 3 Inch Studio Monitors (link above) would be your best bet. However if you’re after 5 or 8 inch monitors then we’d say there are better options out there. Hence why you don’t see any 5 inch Donners on this list.

Yes, having two studio monitors is essential if you’re using your monitors to mix and master your music.

Without two monitors, it’s virtually impossible to find that sweet-spot in-between the two. Something that as you can imagine makes judging the EQ and balance quite a challenge. but that being said, if you’re just starting out, buying one monitor now in light of buying another further down the line might be a good option. Although you’d probably just be better off buying a cheap set of smaller 3 inch monitors to tide you over until you get enough money to upgrade to some high-end 5s or 8s.

Want to check out 3 inch monitors instead? Don’t go! Click the neon link in the question above.

In case you haven’t already twigged, studio monitors (be they 3s, 5s or 8s) are designed for production, not comfy listening.

So while monitors will deliver you decent playback, they won’t sound as impressive as speakers. That’s because a studio monitor is designed to allow producers to be critical of their audio, so there’s not much in the way of enhancement.

Whereas with a speaker, there’ll likely be some sort of a bass boost and possibly some accentuation of the mids and perhaps even the highs. In short, the frequency response will be anything but flat. All of which will give you a far more attractive sound to listen to.

Hence why producers would be silly to cheap out and opt for speakers over a set of professional studio monitors.

The HS5s by Yamaha are one of the best 5 inch studio monitors that we tested. They’ve got a punchy bass, a rich high end and a LOT of clarity in the mids. Their frequency response is also pretty flat, which is most probably why the Yamaha HS Series monitors are used by a whole roster of popular musicians including likes of Marshmello & Kygo!

Want to discover a whole lot more about these nifty studio monitors? Be sure to check our full-fat review of the HS5s above (No 3). 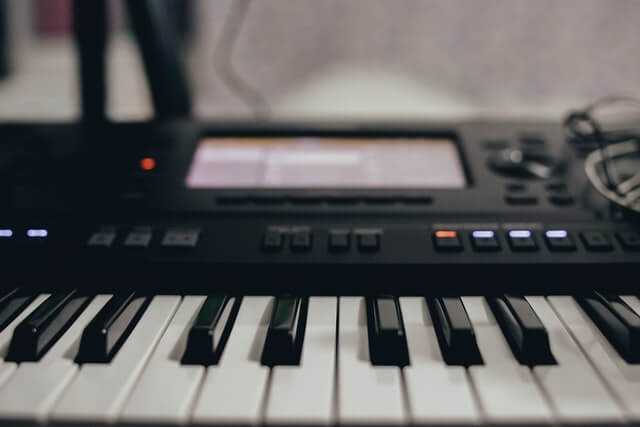 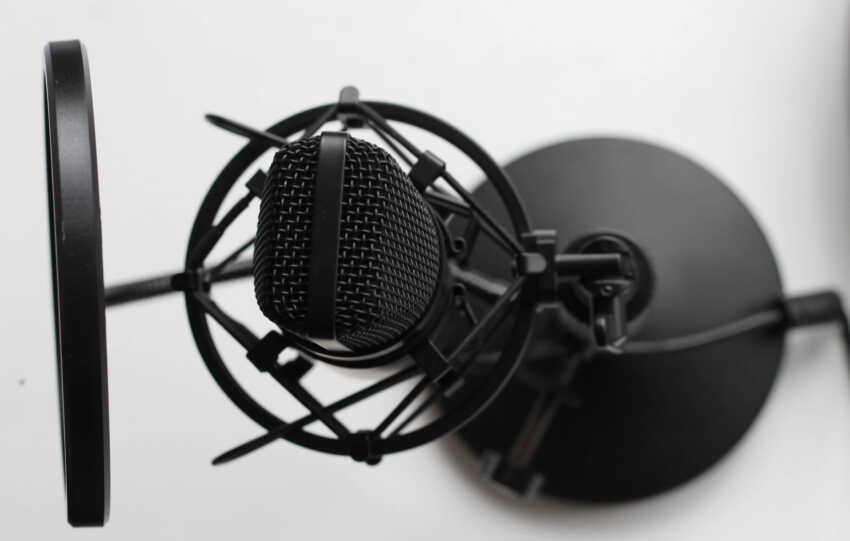