What is the best delay pedal of all time? We investigate...

Choosing a delay pedal is easy, but choosing the best delay pedal – that’s something else altogether.

See, shop around for the right delay & you’ll soon realise that finding it, is a lot trickier than you might think. It certainly comes with its hurdles! Because aside from the fact that every pedal manufacturer under the sun is now making their version of the ‘best’ delay pedal, there’s also the rather confusing thought that delay isn’t just a standalone effect. It comes in various types, tones & forms.

All things you’d be wise to be aware of before investing your £$€. Let’s just say that not all types of delay suit every guitar or playing style. Neither will every pedal give you the freedom you need to achieve your desired sound. So really, by not doing your research you’re shooting yourself in the foot – leaving it to a lucky dip.

Question is then, what is the best delay pedal for your style of play? And is delay actually that important?? Read on & we’ll reveal all…

After something specific about choosing a delay pedal? Or just curious what we consider to be the best delay pedal? Use the menu below to get all the answers you need in 1 click…

The best delay pedals @ a glance…

12+ of the best delay pedals for sale today…

Choosing the best delay pedal – it wasn’t all that easy… until now.

See, we’ve actually done 99% of the legwork for you. Aside from narrowing down hundreds of pedals, we’ve also assessed which pedals best fit what scenario & given you a taste of how we’d use them if it was us behind the guitar.

So sit back, relax & grab yourself a cuppa – because here’s our rundown of the best delay pedals for sale today…

“A legendary pedal with one heck of a rep… this pedal is popular for good reason!” – Alex (Editor)
Latest Price!

“Looks the part & sounds it too! These pristine rhythmic riffs really can elevate your sound.” – Alex (Editor)
Latest Price!

“Not the most ‘in your face’ delays, but all 3 pack a nice punch. Ideal if you’re using other effects in tandem!” – Alex (Editor)
Latest Price!

“This delay is a beast… all the control you need to sculpt the perfect delay.” – Alex (Editor)
Latest Price!

“Simple to use & made in the USA… not China. This delay is well worth your time!” – Alex (Editor)
Latest Price!

“Retro vibes with a cool unique character. This is one special-sounding pedal!” – Alex (Editor)
Latest Price!

“Exactly what you expect from a delay pedal… intuitive to use & great tone!” – Alex (Editor)
Latest Price!

“An easy way to fatten/ thicken your tone without it being too prominent – little wonder Mad Proff is popular amongst pros.” – Alex (Editor)
Latest Price!

“Has someone put the heating on, because this tone is warm… talk about an echo that’s 1 of a kind!” – Alex (Editor)
Latest Price!

After reverb too? Try this Delay/ Reverb combo…

In the case you’re also hunting for reverb, then it may make sense to combine the two.

Not only is a ‘2-in-1’ type pedal a great way to preserve space on your pedalboard, but because reverb & delay are pretty similar types of effects, it also makes a good deal of sense. Team that with the potential saving you can achieve, & these sorts of pedals (especially for a beginner) make so much sense.

In which case, here’s what we deem to be the best delay/ reverb combo pedal you can buy as of now…

We get it – while boutique pedals are great & arguably the ‘best-of-the-best’, not every guitarist has the budget to invest in pedals made by the likes of Walrus Audio or Jim Dunlop. In fact, to do so when starting out would be a bit foolish.

See, as a beginner, you don’t really know 100% what type of effects suit you, nor your playing style. So spending £100+ on a boutique pedal straight off the bat, would be a bit ‘hopeful’. By that we mean, budget pedals are a great (& sensible) way to get a feel for your sound as a beginner.

Out of all pedals we tested, here’s what we deem to be the best budget delay pedal…

Ask us & this is the best delay pedal for metal…

With metal typically being a lot more ‘hardcore’ (i.e. aggressive) than conventional rock or pop, chances are you’ll want all the pedals on your board (including your delay) to reflect that. After all, making metal with the same pedals used to create a pop tune isn’t exactly what you’d call a recipe for success.

So if you’re looking to achieve a slightly more aggressive tone, here’s what we consider to be the best delay pedal for metal…

Enjoy this best delay pedal review & keen for more? Don’t miss out on all our latest Guitar Pedal Gossip + our latest String instrument Reviews. Recently, we also did a rundown of the Best Wah Pedal + another on the Best Loop Stations, which may also be a good read!

A delay pedal is a stompbox effect that you may use to record and replay any music. This playback typically takes milliseconds. A delay pedal creates a “slapback” effect whenever playback is quick, and an instantaneous, sharp echo of what was played is heard. As its name indicates, a delay pedal slows down the replaying of your guitar output.

The basic guitar tone is called the “dry” signal, whereas this delayed sound is sometimes called the “wet” signal. The delay replays the note’s echo (wet) when you perform a note dry. Some people use it on solos after setting it up to sound like a reverb. There are countless alternative applications for it, including slapback echo for certain users. Though popular, it is not always a need.

Every time sound waves collide with a surface, reverberation results. This ambiance provides your tone with more life, depth, and character. Delay, however, imitates the sound of a note being played back repeatedly. There is no hard and fast rule for having both reverb and delay. Having both or either one of them is up to the individual.

There are many good delay pedals; the best ones are listed below.

Finding the delay pedals that stand out from the vast selection available is difficult. Think about the features you want in a delay pedal. Do you require a lot of flexibility, or do you prefer something straightforward? Do you want one delay type with a genuinely distinctive sound, or do you prefer to have a variety of delay kinds quickly available? It would be best if you looked for simplicity, flexibility, value, and precision.

David Gilmour is renowned for creatively employing his delay, frequently by treating it more like a reverb than just an “echo” The sound of Pink Floyd heavily incorporates this. David mostly used the Binson Echorec delay/echo machine during his early work with Pink Floyd. He then went on to use the MXR Digital Delay. This pedal produced the precise delay heard in “The Wall.”

For his early work, Eddie employed the Maestro Echoplex Delay. It appears on records like “Van Halen” and “Van Halen II.” Before his Marshall amplifier, he placed this delay device.

To prevent the primary guitar signal from obscuring by the delay—even when it was heavily overdriven—he blended the delay’s gain with the guitars. He invented a technique that involved using three separate cabs. He kept it “clean” for the central taxi while running his delay to the left and right cabs.

The other two taxis were for the spectators. He could then utilize the center cab as a monitor to hear what he was doing more clearly.

It’s not a horrible pedal, but neither is it among the best delay pedals available. It has several useful features, including stereo in and out for panning delays, different delay divisions, built-in tap tempo, flashing LED that indicates tempo, and a tiny enclosure.

If you enjoy the notion of tapping in the pace, it’s also not the best delay. The fact that the pedal must be depressed for two seconds to activate the tap tempo mode, at which point you may tap the tempo, is a problem that many delay users (particularly those who adore tap tempo) experience with this pedal.

The delayed guitar pedal is not that different from the echo guitar pedal. The two are quite similar, except that the echo pedal essentially produces a time-shifted copy of the source signal engineered to sound just like an echo in nature. Some people also can create more ambiance to enhance the impression of nature. As the original sound continues to play, you hear it again but somewhat quieter.

Many guitarists use a looper pedal, or a looping effect built into a delay pedal, to repeatedly play back a certain section and make their backing tracks. Thanks to these pedals, you have control over the loops’ starting point, ending point, and what you may play over them.

This is the general description of what delay pedals with loopers will perform. However, functionality will vary. And no! You need not buy one that loops. Although single bypass switches frequently account for numerous functional levels in these situations, even the smallest stompboxes may feature looping capability.

Reverb is typically placed after delay since inserting it before might muddle up the sound. The delay unit is typically put before a reverb pedal in a guitar signal chain, although the order is up to the individual performer.

Guitarists employed oddball handmade gadgets to create the reverb effect before the invention of reverb pedals. They would use springy metal clips to fasten a metal plate to an amplifier. A mic would record the resonance of a vibrating metal plate to simulate the atmosphere of a big, echoing space. 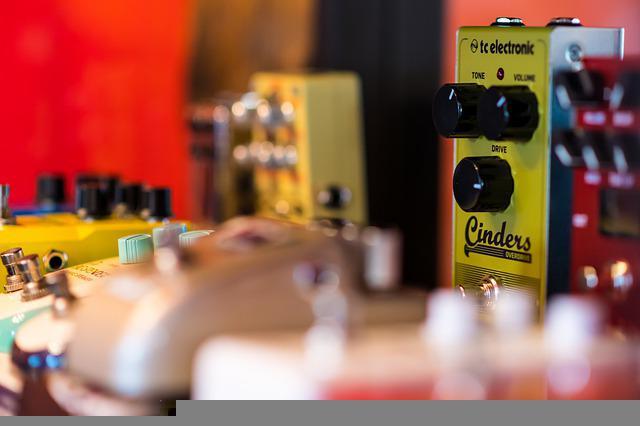 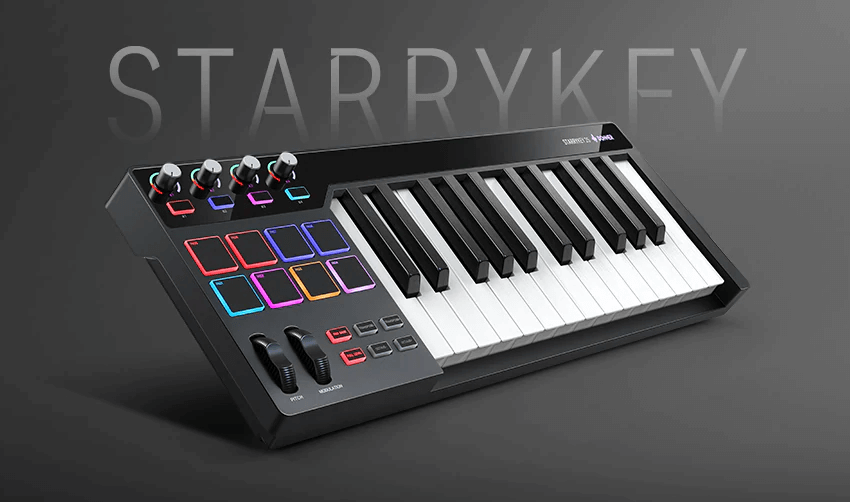