What is the best melodica for professional? Are melodicas good? We reveal all...

Hunting down the best melodica can be a little overwhelming. Consider the fact these instruments have been around since the 1950s, & there’s a LOT of choice!

Melodicas are used by many people today in many different contexts. Still, young people frequently learn to play it as their first musical instrument, particularly in Asia, where it is highly well-liked. It has been used as an item in “huge” songs by “big” bands, and we are confident that we haven’t heard the last of it.

A mouthpiece and piano keypad combine to form the musical instrument known as a melodica. It is a portable percussion style with a wide range of capabilities. You may perform tunes from several musical genres on the Melodica.

Melodicas are transportable, compact, and many of them are made to be used by kids. As we’ve established, they are widely used in music education initiatives, particularly in Asia. Let’s get into the nitty-gritty of the Melodica and its use.

Curious whether melodicas are actually any good? Or just looking to see what the best melodicas look like? Use the menu below to find all the answers you need @ record pace…

The best melodicas @ a glance…

13 of the best melodicas for sale today…

With there being that many breeds of melodica out there (be that in terms of make/ model, key count or just affordability), it makes sense to get a complete overview of what’s on offer. Because without which, tracking down the best melodica for you is going to be quite the challenge!!

Not that you should worry though. See, we’ve done 90% of the work for you, so that’s left to do now is grab a cuppa & read on. Here’s the instruments we think you should consider for the title of the ‘Best Melodica’ + a few slightly more ‘extravagant’ options…

“Looks professional, feels professional & sounds it too. That name is no mistake!” – Alex (Editor)
Latest Price!

“Don’t want to blend in? Choose this melodica. Looks aside, it sounds superb!”
Latest Price!

“More keys = more tones. If you want to widen your register, this is the way to do it” – Alex (Editor)
Latest Price!

“Looks space-age (reminds us of a midi keyboard) BUT questionable looks aside – it sounds impressive!” – Alex (Editor)
Latest Price!

“Yes it’s pricy, but WHAT a sound!! There’s finely tuned & then there’s this. Hats off Yamaha.” -Alex (Editor)
Latest Price!

“Fan of all-things Burberry? Now you can coordinate your instrument with your outfit #InstaWorthy” – Alex (Editor)
Latest Price!

“The Mercedes A class of Melodicas… an affordable way into a prestigious brand” – Alex (Editor)
Latest Price!

Okay, so to avoid confusion, you can get melodicas for even cheaper than our pick below, BUT we wouldn’t recommend it; this is as ‘budget’ as we’d dare to go.

That’s because if you settle for anything less, chances are it’ll be less of an instrument & more of a toy. Not exactly the ideal instrument to begin practicing on. In which case, here’s the melodica we’d recommend if you’re a beginner with a musical ear… 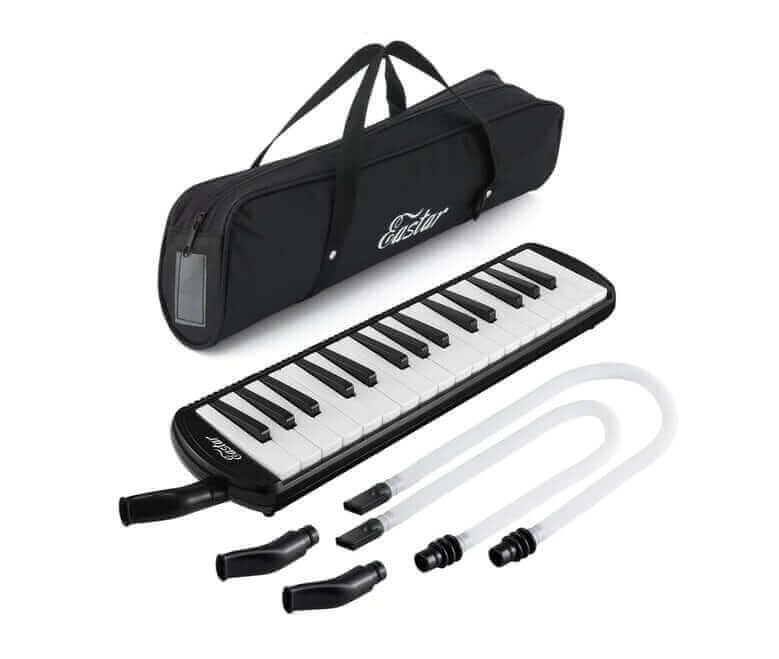 “Some of the cheapest 32 keys out there & yet… it feels like a serious piece of kit!!”– Alex (Editor)
Latest Price!

Enjoy this best melodica review & keen for more? Don’t miss out on all our latest Piano & Keyboard Reviews + our latest News On Alternative Instruments. Recently, we also did a rundown of the Best Lyre Harps + another on the Best Baritone Ukuleles, which may also be a good read!

Or, if you’re here purely to learn more about melodica pianos, keep reading & we’ll answer even more of your burning questions…

The melodica is an excellent piano learning tool for young people, novices, and professional musicians. Using a Melodica, you can practice producing better-sounding chords and classical melodies.

Before buying a product, it is essential to be aware of the many melodica models available on the market. The melodica model you select should be appropriate for the future concerts and performances you anticipate having. Following are the best Melodica for professional musicians:

‘Melodica,’ a composition by Steve Reich, was one of the first to employ Melodica in a serious musical setting in the 1960s (1966). Following that, Hermeto Pascoal, a multi-instrumentalist from Brazil, created a method that involved singing while performing the Melodica, creating a rich tone and harmonic palette.

It was made popular in the 1970s by a Jamaican dub and reggae singer Augustus Pablo and, more lately, by Jon Batiste, who frequently performs on The Late Show with Stephen Colbert while playing the instrument. It is connected to the Ecuadorian celebration of Inti Raymi as well. So, it’s safe to say that the Melodica is a pretty serious instrument.

Guess what? You can get a smooth and tactful melodica called the IRIN 37 Keys Melodica from the music marketplace. This musical instrument produces an astounding amount of sound. It can deliver much more air into the midrange frequencies when contrasted with higher notes.

Both Melodica and flute are fascinating instruments. Dealing with Melodica is a delightful experience if you’re a pianist who is used to the piano. And if we’re talking flute- that doesn’t work precisely like a piano. Consequently, you can’t play it by pressing buttons, which could get a little tricky.

On the other hand, the Melodica is a calming instrument that can also take little time to learn. It is simple to understand why primary school music instruction is so well-liked. We enjoy the way the keys tremble as we play the piano notes. Just like the music class performances that you cherish, the Melodica is rather adaptive as well.

As we’ve already established, playing the Melodica is quite simple if one is familiar with the piano. The air on most melodicas moves from the lowest to the highest notes. They take all the air away from you as you try to play those left-hand notes.

How you arrange the notes is one thing to consider. Play two- and three-note chords with your right hand, always placing the melody note on top. Triads in the left hand might become somewhat hazy.

Donald Jay Fagen, an American guitarist, was born on January 10, 1948. He is mainly remembered as the keyboardist, lead vocalist, co-songwriter, and co-founding member of the band Steely Dan, which he established with collaborator Walter Becker in the early 1970s.

To effectively work with Steely Dan, Fagen has four solo records to his credit. In his performances, Donald Fagan appears to be using a Yamaha P37D. Compared to the Schoenhut 37 Melodica, this one takes additional measures to make a note sound, and the tone might get a bit uneven.

The Melodica makes music solely when exhaling, not breathing, and it sounds a lot like a piano harmonica (even though it is a little trickier to bend chords on it because you are farther from the reeds). The Melodica may sound like an accordion when playing many notes simultaneously (polyphonic). The Melodica’s keyboard has the same design as any standard piano or melody instrument, which is another excellent feature. Therefore, the shortest, most straightforward response to the question, “Can I play a song on the Melodica?” is “Yeah, you can.”

Want to take a listen? Here’s a snippet of what a melodica sounds like… 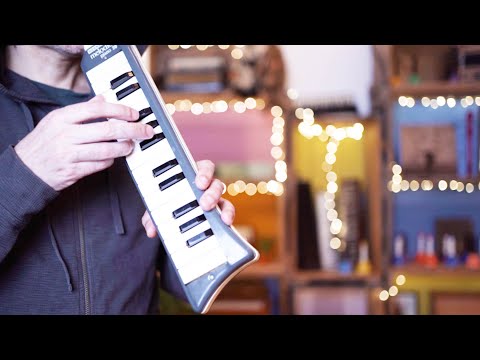 It will only take some time to get used to the smaller keys on a melodica if you are used to the length of the piano keys. You might initially find it strange, but with enough practice, you’ll be able to switch between the keyboard and Melodica with ease.

There are numerous methods for playing the Melodica’s keys, and with some practice, you’ll discover which one works best for you. You’ll want to start with some solid fundamental behaviours to be raw. As you go up and down Melodica’s notes, you should position your thumb beneath your fingers on the bottom.

The Melodica is a one-of-a-kind instrument that is intriguing and enjoyable. This instrument has the appearance of a toy, but if you try and play it, it has the potential to be much more. Children and adults with piano expertise may benefit much from learning the Melodica.

You can get melodicas delivered to you that cost less than $30 for a 32-key model and less than $40 for a 37-key one. If you’re just getting started, they’re a fantastic option. The best Melodica offers good value, in our opinion. They will include a mouthpiece, a hose, and a travel bag. Even so, they won’t be precisely in tune.

These instruments’ nature makes the tuning somewhat unexpected even when it’s flawless once you start to play and the reeds grow damp. After a lot of use, these inexpensive melodicas will ultimately lose their tone. 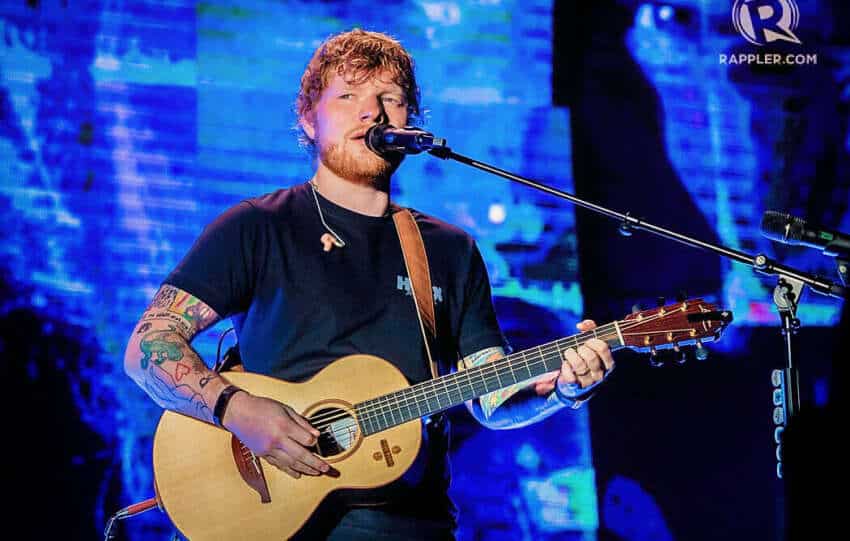 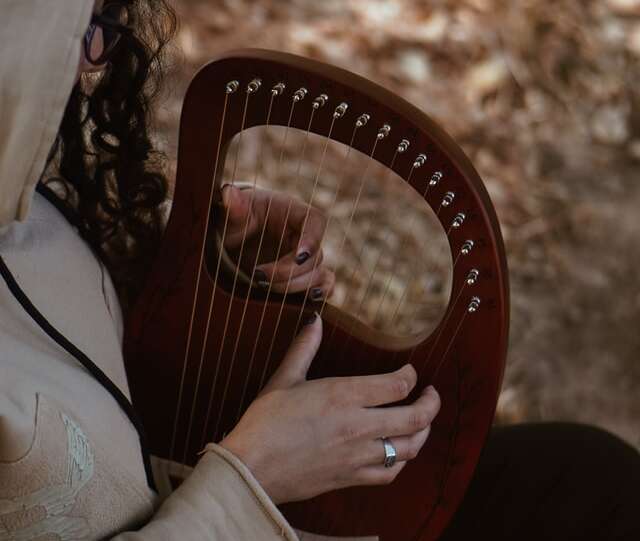