Which is the best wah pedal? Is there such thing? We investigate...

Why do you need the best wah pedal?

That’s pretty obvious. You see, a wah-wah isn’t just ‘another guitar FX pedal’. It’s ‘that’ pedal. The one that SCREAMS “Jimi Hendrix” & opens up a whole new envelop of funkish tones. Sounds that were later popularised by the likes of Nile Rodgers & Bernard Edwards since the late 70s.

And what with Nile being one of the most successful music producers to date, with his funkish wah-like tones being (a large part of) the reason behind his success, it’s hardly surprising that wah-wah pedals are so popular. Team that with all the other famous faces who’re said to incessantly use a wah – Kirk Hammett, Tom Morello & Eric Clapton etc. – & it’s easy to understand why the best wah pedals are highly sought after.

Question is though, what is the best wah-wah pedal? Is there even such thing? Read on & we’ll reveal everything we know about this iconic guitar FX pedal.

After something specific about this guitar pedal? Or just want to find what we think is the best wah pedal super fast? Use the menu below to get all your answers in 1 click…

11 of the best wah pedals you can buy

And that’s because, like most music gadgetry these days, a good quality wah wah pedal is hard to come by. In fact, there’s that many good pedalsout there that it’s a struggle to make a choice. Exactly why we’ve done all the hard work for you; choosing the best wah pedal for you, couldn’t be easier.

“Volume & Wah all in 1 – consider the price & this is insanely cheap!! No wonder it’s almost always sold out.” – Alex (Editor)
Latest Price!

“A highly tuned recreation of the original wah used in the 60 that’s made in Japan (not China) – this has ‘pro’ written all over it” – Alex (Editor)
Latest Price!

“The iconic Crybaby wah, but dedicated to a legend. Talk about a winning combo!!” – Alex (Editor)
Latest Price!

“That name is no lie – this pedal really does warble! Quirky design too!” – Alex (Editor)
Latest Price!

“What you think of when you hear ‘wah pedal’ – this pedal is functional, not fancy.” – Alex (Editor)
Latest Price!

“A whole heap of adjustability that you won’t find on many wah-wah pedals. Fender have gone all out!” – Alex (Editor)
Latest Price!

“That custom tread just makes this pedal. If you want to vibe up your pedalboard, look no further.” – Alex (Editor)
Latest Price!

“Arguably the most solid feeling pedal on this list. Oh, & did we mention, it’s got fuzz effects too!” – Alex (Editor)
Latest Price!

“A grippy pedal in a funky colour. While it’s no Crybaby, it’s up there!” – Alex (Editor)
Latest Price!

Cheap Wah Pedals (around £100): the best wah pedal for beginners…

“Durable, cheap & can even be used with bass guitars – pretty much the recipe for a stand-out wah. We’re impressed!” – Alex (Editor)
Latest Price!

Here’s one of the best portable wah pedals…

“Pretty much everything you find with the Original Crybaby, in a more bitesize package” – Alex (Editor)
Latest Price!

Which wah pedal is best? Our editor’s choice

Narrowing down the best wah pedals was hard enough, let alone singling it down to just 1. So instead, we’ve settled on 2. The first being the pedal that we’d pick if we were a serious player or pro guitarist. That being the…

And we say so for good reason. Yes, Jimi Hendrix was the legend who practically invented the wah pedal, & therefore not to crown his pedal the best would be a bit of an insult. However, there’s more to it than that – don’t be fooled into thinking we’re soft.

See, this pedal does an awful LOT to earn the title of the best wah. Let’s just say you’ll struggle to find a wah that feels this natural to play. The relationship between your foot and the pedal is really something else – a connection you don’t tend to get with cheap wah pedals!! The Dunlop gives you a great amount of control over your sound.

Plus, because the price is somewhat premium, it also reflects in the build. This pedal feels rock solid – like a proper piece of kit that’ll stand the test of time. And while of course, it may not be the most portable or be painted in a neon colour, it covers pretty much all the basics (& then some). And does so incredibly well.

However, if we were just starting out, then spending 3 figures on 1 pedal may seem a bit extortionate. Which is why if we were a beginner, or just looking for a quick solution, we’d opt straight for the…

That’s because as far as value goes, you can’t really top the Donner. And while it may not be made in Japan or feel as solid as a Crybaby, it’s a pedal that ‘does the job’. Well, actually, it does 2, which makes it even better value for £$€.

Plus, for a cheap wah pedal, it actually feels quite good to play. There is a pretty good connection between you & the pedal. What’s more, for a pedal at this price range, you’d expect it to feel flimsy, but as far as we can tell, it’s pretty well put together. Put it this way, it feels like it’s not just going to fall apart in 5 minutes.

And that’s why we feel it deserves the title of one of the best wah pedals you can buy. Yes, it’s not Vox or Jim Dunlop, but… it surprised us. So much so that if we were building a pedalboard on a budget, the Vowel would almost certainly be the 1st pedal we’d invest in.

Enjoy this review of the best wah pedals and eager for more? Don’t miss out on all our latest String Instrument Reviews, as well as the lowdown on all things Musical Instruments & Recording. We’ve also recently published a rundown of the Best Loop Stations + another on the Best Acoustic Guitar Preamps, which also may be an interesting read.

Or, if you’ve still got as burning question about the best wah pedals, keep reading to discover even more about why a wah is such an essential part of any guitarist’s setup…

The lowdown on everything wah pedals + guitar effects…

When you’re a guitarist, a foot pedal is something that you need. However, out of all the pedals available for your purchase, the wah pedal is the most ideal.

And there are many reasons why. For instance, a wah pedal is going to provide you with a magnified, improved version of the sounds and rhythms you produce with your guitar. So even if you are a part of a rock band, add this to your list of essentials for a worthwhile investment.

Does spending more money really mean better quality? Well, a cheap wah pedal would be just as functional as any other high-end brand. But, unfortunately, just like anything else you get for cheaper; the quality may not be the same.

If you are investing in a wah pedal and need to use it for various performances, go for the more expensive version. Another unfortunate play is that you will never know if the inexpensive product will withstand the pedal pressure during operation or whether it would fit all the criteria needed for the best wah pedal.

A wah pedal makes you control the tone of your guitar via a foot pedal. When rocked to the front, frequency is lowered.

In the same way, when the pedal is brought all the way backward, the frequency is raised. An additional feature known as the Q knob modifies the width of the wah pedal’s range and its peak frequency.

The volume pedal looks very much like the lockable wah pedal. In some pedals, the two are present in combination. For example, when moving the tool from heel to toe, a wah effect is generated.

When volume is to be controlled, no signal is transmitted with the heel down manoeuvre. Only a toe-down movement is required for adjusting the volume. You can use this to boost volume, gain control, and hush down your guitar in between songs.

Two basic positions are used for the functioning of the wah. A heel to the ground is the open position, and a closed position with the toe to the ground. Thus, when one moves back and forth, filters are gone through.

The standard wah-wah sound is generated when the pedal is rocked on every note a musician plays. To properly use the device, you need to start in the open position and move it to the closed position as you pick the note.

Another trick is to move it back and forth slowly so that it runs smoothly. When the smooth effect is reached, slowly increase the tempo to hear the “wah-wah-wah” sound.

Some of the famous musicians are Jimi Hendrix, Brad Plunkett, Krik Hammet, and Cliff Burton. They all used this pedal to create their unique style, which eventually led them to gain fame.

Jimi Hendrix used the VOX wah. This is a good option as it is a good value for money at its given price point. More specifically, he used the V847, which has also been included in our best wah wah pedals list. It s definitely one of the best wahs.

Clapton used VOX wahs too. However, he used the V846 model. Like Jimi Hendrix, the wah pedal also helped Eric Clapton create his own unique Clapton tone that musicians seek after today.

Tom Morello made use of the Dunlop CryBaby most of the time. Then, he went on to launch his own Signature Crybaby Wah with Dunlop.

The best wah for you might not be the same as one that is used by everyone else. You are an individual guitarist whose needs differ from the rest. Therefore, it is first necessary to understand what you want from a wah pedal.

Is it a simple classic wah tone, or is there a need for a varied range? Do you want it with every performance or just a few songs? Keeping all this in mind, the first thing you should look for is the value of money. See if the wah is in your budget and fits your needs.

Look for whether it is easy to operate. Also, pay attention to the range it offers. If you travel a lot, you will need an easily portable wah that needs to be lightweight and small to be carried around. Look for all this and then make the decision of which wah is the best wah for you.

If music is your passion and you want to pursue it as a career, then a good wah pedal is essential for you. It adds the necessary amplification and loudness that your music needs. You need to own a wah pedal in the music industry to be known as an individual guitarist with a unique sound. 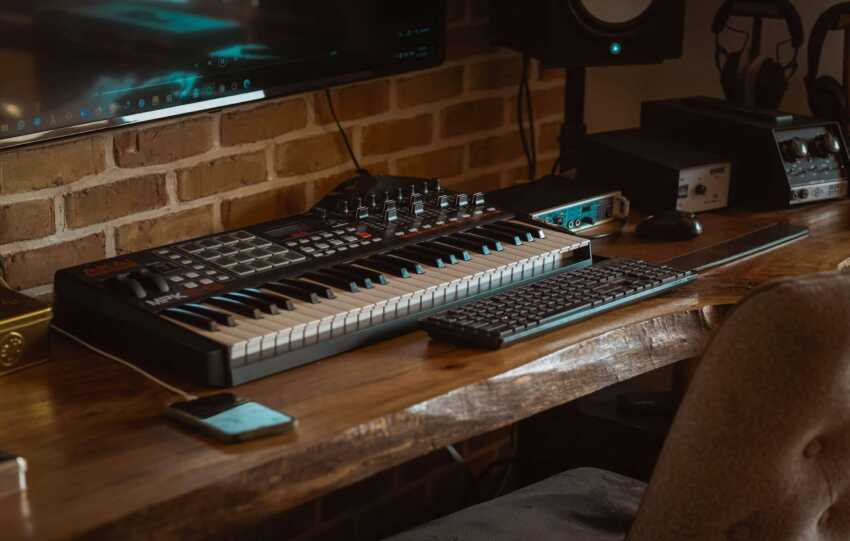 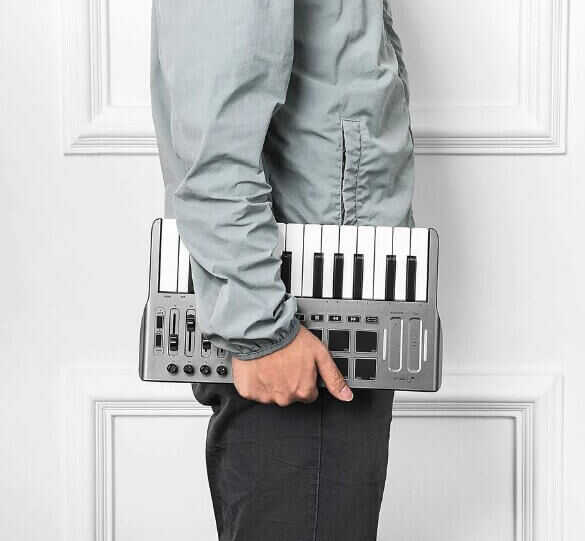