The Boss RC 600 loop station does things a little differently.

That’s because, when designing their 2022 breed of loopers (the RC 505 MK2 & the RC 600), Roland have taken things back to the drawing board, and conducted a full-fat redesign! Underneath, the RC 600 is worlds away from it’s older brother. Safe to say that it’s no RC 300 that’s spent 10 years having a ‘cosmetic facelift’. As the numbers suggest, the RC 600 is very much double the looper!

In fact, compared to it’s predecessor, it’s sits in a whole different league. But then again, it’s not like that wasn’t to be expected. Technological evolution hasn’t exactly slowed over the past 10 years. Neither has the popularity of looping. So for Roland to release a new loop station that (in comparison) isn’t all that more advanced, would be on their part, a HUGE schoolboy error. Hence why preorders for the RC 600 have soared.

There’s very few times when you can more or less predict that a product is going to be something great, but if you ask us, the RC 600 is an exception. Question is though, while the RC 600 is a step up from the RC 300, how big is that step? Is the RC 600 worth the extra cash? Or does this successor to the RC 300 have “gimmick” written all over it? Read on, and we’ll spill the beans.

After something specific about the Boss RC 600 loop station? Or just curious whether we think the RC 600 looper is worth it? Use the menu below to find the answers you need in record time…

“One of the most well-rounded & thought out loopers on the market. The RC 600 is no slouch!
Latest Price!

Before getting hands on with the Boss RC 600 looper, it’s important you get an understanding of just how much this clever piece of kit can revolutionise your sound capabilities. Let’s just say that, anyone who’s nutty about sound design needs to be all ears.

That’s because the Boss RC 600 isn’t just designed for making music or jamming in your bedroom. Oh no – just like the Boss RC 505 MK2, it’s also geared towards performance. So much so that before even considering this looper, it’s a good idea to see how it fits into a live setting. Reason being that, if you’re considering (or have already bought) an RC 300 – this looper’s predecessor – then you may want to rethink your strategy.

The RC 600 is anticipated to be the new Daddy of foot-based looper pedals. And that’s not just because Boss fanboys (like us) are brewing up hype. It’s capabilities are beyond any pedal we’ve come into contact with so far. Think we’re talking rubbish? Sample just what this looper can do below… 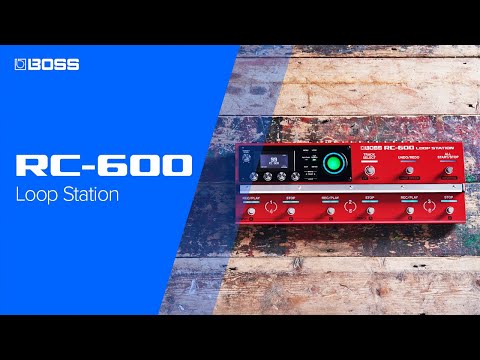 So now you understand where the RC 600 sits in the current lineup of loopers, it’d be wise to weigh it up individually. Only then can you really fathom whether this extravagant looper is the right piece of kit for your setup. Because while (if you ask us) the RC 600 is worth every penny, for some it may be the reverse. In which case, it wouldn’t be a bad idea to consider both the good, the bad & the ugly…

Is the Boss RC 600 the best looper? Our editor’s thoughts…

I think you knew this was coming…

Yes – if you were to ask us, the Boss RC 600 is the best Boss loop station that you can get your hands on as of 2022. So much so that in terms of an overall looping package, we generally struggled to pick fault. Granted, no looper is perfect, but we’d say out of all those currently on the market, the RC 600 gets the closest to that formula of the ‘ideal looper’.

Look at how it compares to the 505 MK2 & the RC 500 (above) and you should begin to see just how well-rounded of a looper pedal the RC 600 really is. From a functionality perspective, we’d find it hard not to give it full marks. Here’s why…

In fact, the only picking points we would have, is that the RC 600 cannot be powered by batteries. Neither can you uploaded your own rhythms. But then again, no looper pedal on the market allows you to do that and it would likely take a lot of battery power to work that intuitive display. So really, we’re wishing here, opposed to critiquing.

When it boils down to it, the RC 600 was made for one thing – a worthy successor to the RC 300. And for that, we’d say it’s succeeded big time. However in doing so, we think Roland have actually played their trump card. As not only does the RC 600 make the RC 300 look prehistoric, but it also makes a strong case for the title of the best loop station you can buy. As of now, we can’t think of anything better.

Headrush – you better get busy, as Boss is back with a BANG!

Enjoy this Boss RC 600 review & eager for more? Don’t miss out on all our latest Music Production Advice + all our recent Music Kit Reviews. Recently, we also did a full rundown of the Best Loop Stations + another on the Ed Sheeran’s Custom Chewie 2 Looper, which may also be a good read.

Or, if you’re here purely to read up on the Boss RC 600, keep reading & we’ll answer even more of your burning questions about this fantastic looper, as well as why it’s so essential to your setup…

The lowdown on the Boss RC 600 + loopers in general…

The Boss RC 600 loop station is set for release in January of 2022 & as we write this blog is available for pre-order. Something we’d advise you do as we’d put money on it being ‘the’ new go-to looper.

The balance of features, functionality & practicality you get with the RC 300 is (for us) the perfect match. It’s foot-based, so it frees up your hands. The build is exceptional. The quality of the audio is top notch, as are the reams of built in effects. Overall, it’s a VAST improvement on the RC 300 & let’s face it, that looper didn’t exactly fall short in the popularity department. In which case, we’re pretty confident the RC 600 will follow the trend.

Most likely why a lot of online store have already sold out. Just a heads up…

A loop station is used for layering elements of music to create some form of track or song.

The process of doing so is called overdubbing and has become incredibly popular since Ed Sheeran started using a Boss Looper pedal in his live performances. As for the looper itself, in its simplest form it’s a glorified recorder that’s geared towards music production.

Ask us and loopers could actually be a serious driver of new music, as where’s the need to hire a live band when you have virtual instruments & a looper pedal?!

Not all loop stations cost an arm and a leg.

If you’re a guitarist and can make do with limited functionality, then you can pick up a looper for less than £100. However, if you’re looking to seriously create music with a looper, we’d advise you up your budget.

Reason being that once you do so, the looping functionalities that you’re able to access really do multiply. All of which makes producing music with a looper 10X easier. Not to mention, quicker too. That’s because the more expensive loopers like the RC 505 MK2 & RC 600 pack far more in the way of tech. All of which means they not only give you better audio in return, but you also have an easier time achieving it too.

Plus, performing live with a cheap looper isn’t exactly ideal. Usually live performances require (A) a lot of tracks & (B) a decent interface on which to monitor your loops. Neither of which you’ll get if you end up ‘cheaping-out’. So take it from us, while on the face of it loopers may seem quite pricy, for what they enable you to do, they’re actually quite cheap.

While today, Ed Sheeran uses his custom Chewie 2 looperboard when performing live, earlier on in his career, he did use a Boss looper – the RC-30XL.

In fact, the Chewie came about because of how Roland admired Ed’s grasp of looping. So much so that when he approached them about designing his own custom loop pedal, they accepted the challenge. So while the RC 600 isn’t called a Chewie, it is made by Roland, who are the brains behind Ed Sheeran’s looper. In other words, if you want to loop like Ed, the RC 600 is a great place to start.

While the Boss RC 505 MK2, being a tabletop looper, does give you more hands-on control over you loops, we’d actually say it’s one of the hardest to operate. That being because most musicians need their hands-free in order to play their instrument to its fullest potential.

In which case, we’d actually say that foot-based loopers (like the Boss RC 600 loop station) are the easiest to use, purely because they take that control away from your hands and send it directly to your feet. What’s more, loopers you control with your feet end to have less in the way of buttons, meaning that you’re less likely to hit to the wrong switch.

All of which during a live performance, is incredibly useful. 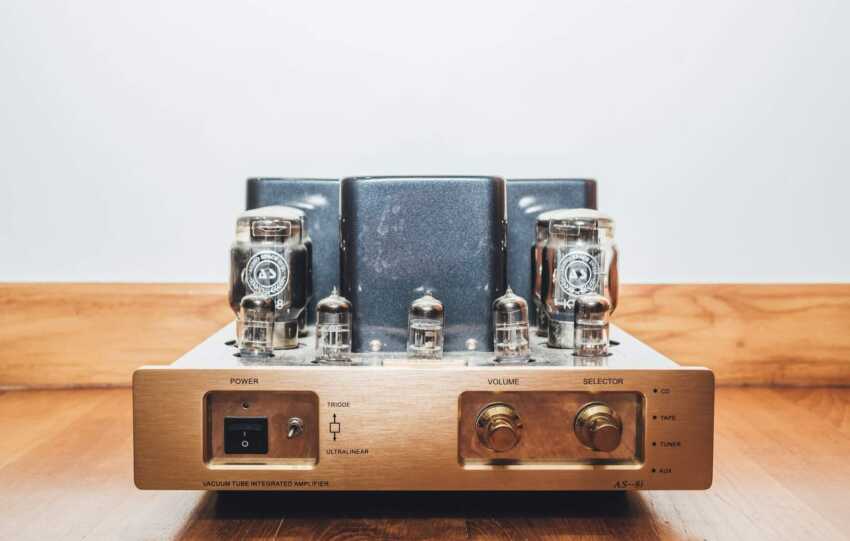 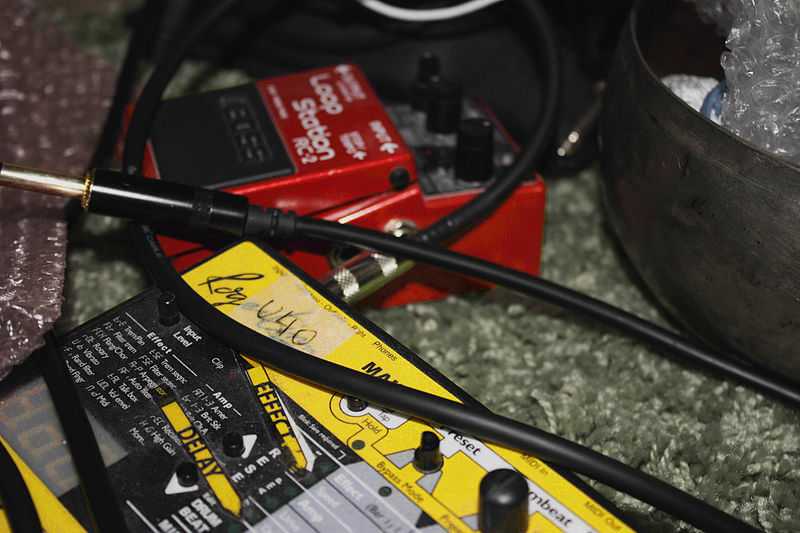