Is the Donner Starrykey worth it? Why is it one of the best 25 key midi controllers?

We just had to do this Donner Starrykey review.

Why? Because no one else is. Yep – for some bizarre reason, not a soul across the entire internet has chosen to review this ingenious 25 key midi. And to be brutally honest, we can’t understand why. Especially when Donner’s slightly more mass-market midi keyboard (the DMK 25) is so darn popular!

Plus, as far as we can see, the Starrykey is on par (if not better) than the DMK in many respects!! Although it may look pretty simplistic on the surface, there’s actually an awful LOT to this midi controller, aside form the obvious difference in keys. With that in mind then, is it the Starrykey a poor man’s Launckey Mini MK3/ LX-25? Or in a whole other league altogether? Read on & we’ll reveal all…

After something specific about the Donner Starrykey 25? Or just curious about how this budget midi controller compares to other 25 key boards? Use the menu below to find all the info you need FAST…

Something that allows you to make a fair comparison & reach a solid verdict yourself, about whether the Starrkey 25 is worth it for you, & your setup. And as much as we’d really love you to consider our verdict, we understand that midi keyboards are much like glass slippers – 1 isn’t the right fit for everybody. Therefore, you have to take what we (& any other websites say) with a pinch of salt. 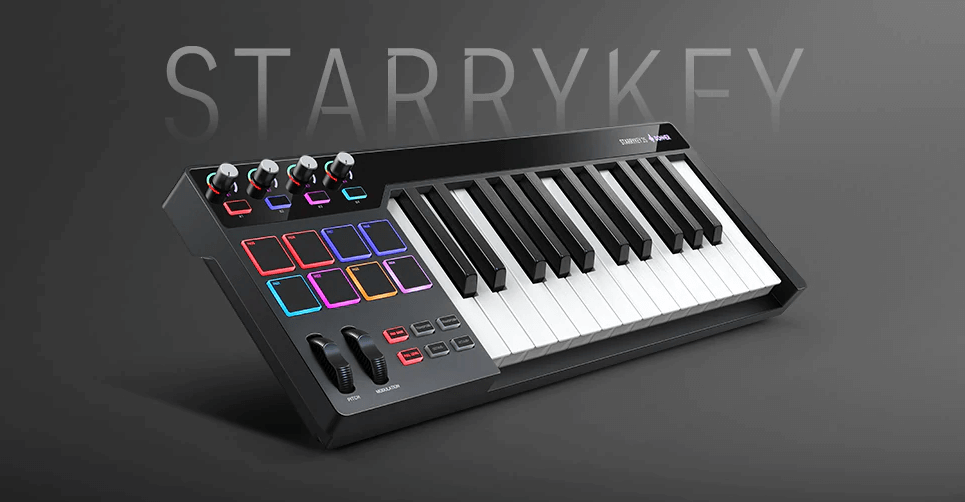 “Who knew you could get 25 full-size keys that feel this good, for such a reasonable £$€!!” – Alex (Editor)
Latest Price!

Unboxing the Donner Starrykey: what’s in the box?

What’s the difference between the Donner Starrykey & the Donner DMK 25?

So with Donner being know int he midi keyboard space for the sheer value of their DMK 25, you’re no doubt wondering what the differences are. Especially when the Starrykey will set you back a good chunk more £$€!! Read on though, & we’ll spell out how these 2 midi keyboards differ in black & white… (no key pun intended)

Donner Starrykey: the good, the bad & the ugly

Now you’re clued up on how the Starrykey differs from it’s brother, the DMK 25, you’ll no doubt be curious as to which areas the Starrykey scores highly, as well as those where it perhaps… doesn’t. All factors you’d be wise to consider before parting with your £$€. That way you’re not just having a lucky dip.

So to help you understand whether the Starrykey suits you & your style of production, we’ve picked it apart piece-by-piece to ensure that you’re well aware of what you’re buying. So here it is – the good, the bad & the ugly…

Pros of the Starrykey (AKA the good)

Cons of the Starrykey (AKA the bad)

How does the Donner Starrykey compare to other midi keyboards?

Okay, so now that you know what the Donner Starrykey is all about, it’s time to see how it stacks up against its other 25 key rivals.

And what with the Starrykey being a key-focused midi controller, we imagine you’re probably not that bothered about how it stacks up to others with mini-size keys – the Akai MPK Mini MK3/ Arturia Minilab MK2 etc. Therefore, for the purpose of this comparison, all the keyboards mentioned below will be 25 key controllers with full-sized keys.

In which case, get ready – the Donner Starrykey has put on its boxing gloves (dramatic music)…

Is the Donner Starrykey worth it? The best midi keyboard under £100?

SPOILER: the Starrykey isn’t for everyone. Whether it’s right for you really depends on what type of player you are. However…

For most key-focused players, the Donner Starrykey would be an excellent choice! Not only does its set of full-size keys feel natural to play & give you great feedback, but their extra size doesn’t compromise its portability, nor its price, all that much. No easy task, especially when manufacturing/ R&D costs have likely increased for most manufacturers since the COVID pandemic.

Also consider just how well this midi keyboard integrates with the majority of DAWs, & you really begin to see just what a technical feat the Starrykey really is. Yes, there are other midi keyboards out there with more features, flashing lights & fancy screens. Not to mention those with their own DAW or suite of virtual instruments.

But as far as the recipe for a basic key-focused controller goes, we think Donner have pretty much nailed it with the Starrykey.

As a midi keyboard, it’s well-made, all about playability & isn’t trying to be overly clever. It’s a controller that anyone, be they a piano pro or a production newbie, can pick up & play.

And for that you’ve gotta respect it.

“For a frantic pianist or newbie producer, the Starrykey is pretty much on the £$€. Hats off to you Donner!” – Alex (Editor)
Latest Price!

Enjoy our review of the Donner Starrykey & eager for more? Don’t miss out on all our latest Audio Kit Reviews, as well as the lowdown on all things Musical Production. Recently we’ve also done a full in-depth guide to the Best 25 Key Midi Keyboards + another on the Best Mid-Sized Midi Controllers, which may also be a good read!

Or if your heart’s set on the Donner Starrykey, keep reading, to discover even more about this impressive midi keyboard + some extra buying tips…

The lowdown on the Donner Starrykey + 25 key midis in general…

So while this Donner Starrykey review has focused on 1 keyboard in particular, there are some general tips you need to be aware of when buying a midi keyboard. Here’s just a few to bear in mind…

See, if you’re the type of producer to work mainly with plugins or have a fetish for finger drumming, then probably not. For you, keys probably won’t be the main focus, in which case a board that’s slightly more orientated around features like the Arturia Minilab, is likely to be a better bet.

However, if keys are what you mainly use to produce (or you just have big hands) then a set of full size keys is deffo the way to go… 100% – no questions asked. As not only will a full-size set of keys allow you to be more expressive, but they’ll bring the whole experience with your controller closer to that of a real life piano.

Exactly what you need when composing complex melodies!

Don’t fall into the brand snobbery trap… Donner is a great brand!

In fact, they’re arguably more well-rounded & knowledgeable than a lot of more established midi keyboard brands. And we don’t say that lightly!

See, while other brands may just pin their attention purely on midi keyboards, Donner have their fingers in pretty much every musical pie, right from ukuleles to pocket trumpets. Exactly why we suspect that they’ll be releasing some of their own virtual instruments down the line.

Plus, if you need any more evidence of Donner’s capability when it comes to manufacturing music production tech, check out their flagship midi keyboard – the DMK 25. A budget midi controller that’s proved itself to be incredibly popular. So much so that it’s even steered many producers away from the more pricy 25 key midis offered by the likes of : Novation, Akai, Arturia etc.

As far as music brands go, Donner is one to look out for.

In fact, we wouldn’t have even done this Donner Starrykey review if we weren’t confident that it’d be up the alley of any keen beginner. Here’s why any beginner should seriously consider the Starrykey…

Although we wouldn’t put it past Donner to issue software later down the line. With every midi keyboard brand under the sun coming out with their own DAW or suite of software instruments, we think it’s only a matter of time before Donner follow suit.

Exciting when you consider that (as a brand) they manufacture a whole range of musical kit, from drums & guitar pedals, to pocket trumpets & studio monitors. If you’re reading this Donner, we can’t wait to see what you come up with.

Donner’s Starrykey midi keyboard works with a vast range of DAWs including:

If you see your DAW listed above then it is certified by Donner to work with the Starrykey. 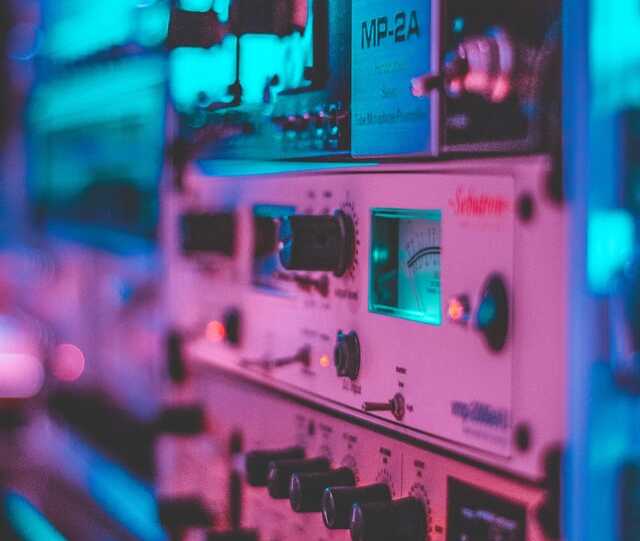 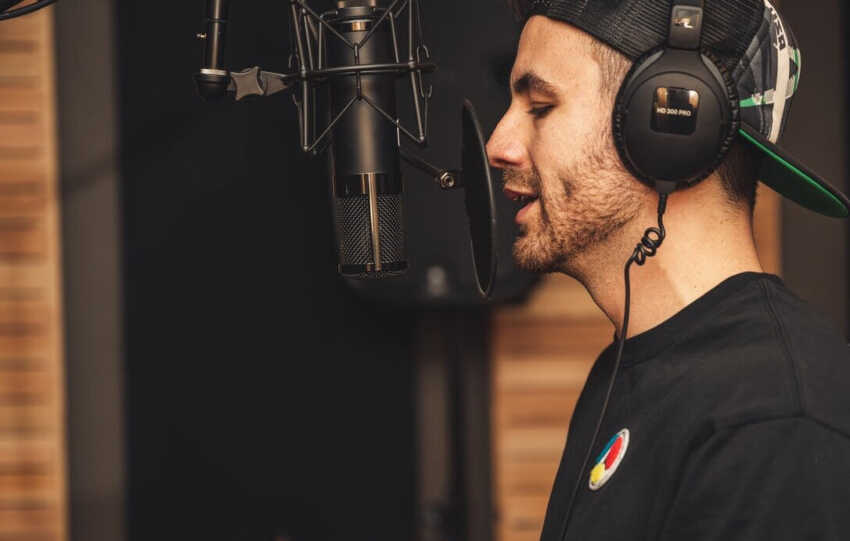