Why Do French Horn Players Put Their Hand In The Bell?… Solved

Here's just one of the reasons why playing the French Horn isn't as easy as you might think!

Watch a French Horn player for any length of time and you’ll probably be left wondering, ‘why do French Horn players put their hand in the bell?’ And it’s a good question to ask, especially when you consider that no other brass instrument copies this quirk.

And you know what, there’s good reason for it – more than one actually! So read on and we’ll tell you just some of the reasons why French Horn players put their hand in the bell + all you need to know about playing the French Horn.

After something specific about French Horn players? Or just not sure what a bell is? Use the menu below to get up to speed in a couple of clicks…

What is the bell of an instrument?

The bell of an instrument is just a fancy way of saying ‘that flared bit at the end’. The place in a wind or brass instrument where air escapes and sound is produced. Everything from a French Horn and Trumpet, right down to a Clarinet and a Harmonica has a bell.

On the diagram bellow the bell is labelled number 9 – shout out to Wikipedia for the image by the way!

If you’re interested in learning more about the anatomy of a French Horn, the other parts of the instrument are as follows…

How do you put your hand in a French horn?

Putting your hand in a French Horn isn’t just as simple as sticking it in. In fact, there’s actually quite a lot to it. Safe to say it’s a technique that any French Horn player will have to master if they want to call themselves a pro.

It all starts with your right hand, which you you cup (only slightly). If you look like you’re about to pale water then you’ve cupped your had too much. Not only that but your thumb, while resting against your forefinger, should be loose. None of your fingers should be tightly clasped together.

To find how deep into the horn you should go all relies on your thumb. Slowly keep moving your hand inside the horn until your thumb comes into contact with metal. this will usually be somewhere close to the point where the bell meets the bell pipe (see diagram above).

At this point your hand should be at the right depth, so the only thing left to do is double check the shape of your forearm. It shouldn’t be bend. Your elbow should bent at more or less at 90 degree angle and your forearm should be flat. Much like how you do when you’re trying to flex your muscles, apart from don’t tense up!

This is because while your forearm should remain straight, once you come to play, you will have to flex your wrist back and forth. And that’s because doing so actually tunes the sound that comes out of the horn. Yes, you’re hand in effect like a pedal to a piano. All of which allows you to easy match the pitch of other instruments and also tweak the volume too.

So yeah, that’s partially why French Horn players put their hand inside the bell.

Can I play French Horn without putting my hand in the bell?

Yes, you can, however we wouldn’t advise it.

Reason being that removing your hand from the bell actually makes a surprising amount of difference. With the hand, the sound is warm and soft, but take the hand away suddenly the audio becomes far more direct. A sound that in most settings can be too harsh or overpowering.

Then again, putting too much of your hand in the bell can be fatal too, as it can cause the sound to muffle and come across as unpolished. If you’re worried about this, a good tip is to listen to your fingers. If you get the feeling that they’re being crunched inside the bell opposed to just resting, then chances are pulling your hand ever so slightly back will aid your comfort, as well as the sound.

Equally, cupping your hands too much can also result in a muffling of the sound, so unless you’re doing some fine tuning, be sure to keep your wrists straight.

What happens when a horn player places their right hand completely into the bell of the horn?

Placing your right hand fully into the bell of a French Horn is known as hand stopping. A technique that’s been used when blowing horns since the 18th century!

In essence, what hand stopping does is much like the name suggests. The French Horn player would put their entire hand inside the bell of the horn, so that it more or less blocks the bell pipe. Then, providing the continue to blow, this will cause the sound to change, due to an increased buildup of pressure.

As a result, the instrument would emit a slightly more metallic tone that’s about a semitone higher than standard. Great for creating a certain type of mood in a song or instrumental.

Why do French Horn players put their hand in the bell?

There isn’t just one reason why French Horn players get all up in their bell – there’s many. Exactly why the question of ‘why do you put your hand inside a french horn?’ is so frequently asked. So to help you get your head around why French Horn players opt for this method over some sort of musical paddle, here’s 3 reasons why…

So hopefully now you’re clued up as to why French Horn players put their hand in the bell, as well as more familiar with the French Horn in general.

Or, if you’re still wondering more about why French Horn players put their hand in the bell, keep reading for even more answers to your burning questions…

Yes, the French Horn is considered to be one of the most difficult brass instruments to play! Why? Well, just like ‘why do French Horn players put their hand in the bell’, there’s more than one answer. So here’s 3…

Go over to France and the French Horn is know as the “cor d’harmonie”. However, that’s not to say that the horn is French…

Yes, despite the rather misleading name, a French Horn isn’t actually French at all. The name is nothing more than a form of slang that came about because us Brits thought it looked like the hunting horns used in France back in the 1600s.

The horn itself is actually German.

Remember how we said that during the hunt, a horn would be used a form of signal? Well, that’s the exact the reason why the french Horn faces backwards. Because back in the day, it would sit around the shoulder of the hunt’s leader – someone who’d be stationed at the front of the hunting party.

So, to ensure they were heard by the rest of the party and also to prevent the horn scaring away the precious game, the bell would face backwards to direct the sound behind the hunt master.

As the instrument was passed down generations, this signature shape stayed, and before long the musically-minded discovered that by inserting their hand, they could change the pitch of the note. So the technique of hand holding was born. Although that’s not to say that the backwards facing bell doesn’t present problems for horn players – it does.

Due to the backwards facing bell, horn players have to be incredibly picky about where they sit, opposed to other brass musicians who can sit practically anywhere. Reason being that being too close to a wall or poked in a corner can easily cause unwanted echo. Equally, being sat next to heavy percussion instruments like the Timpani doesn’t do horn players any favours either. 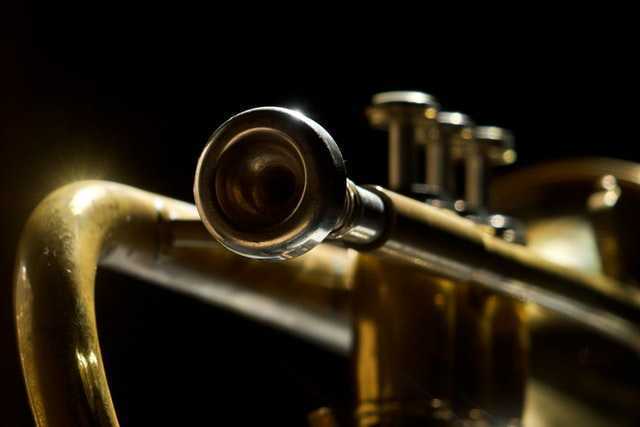 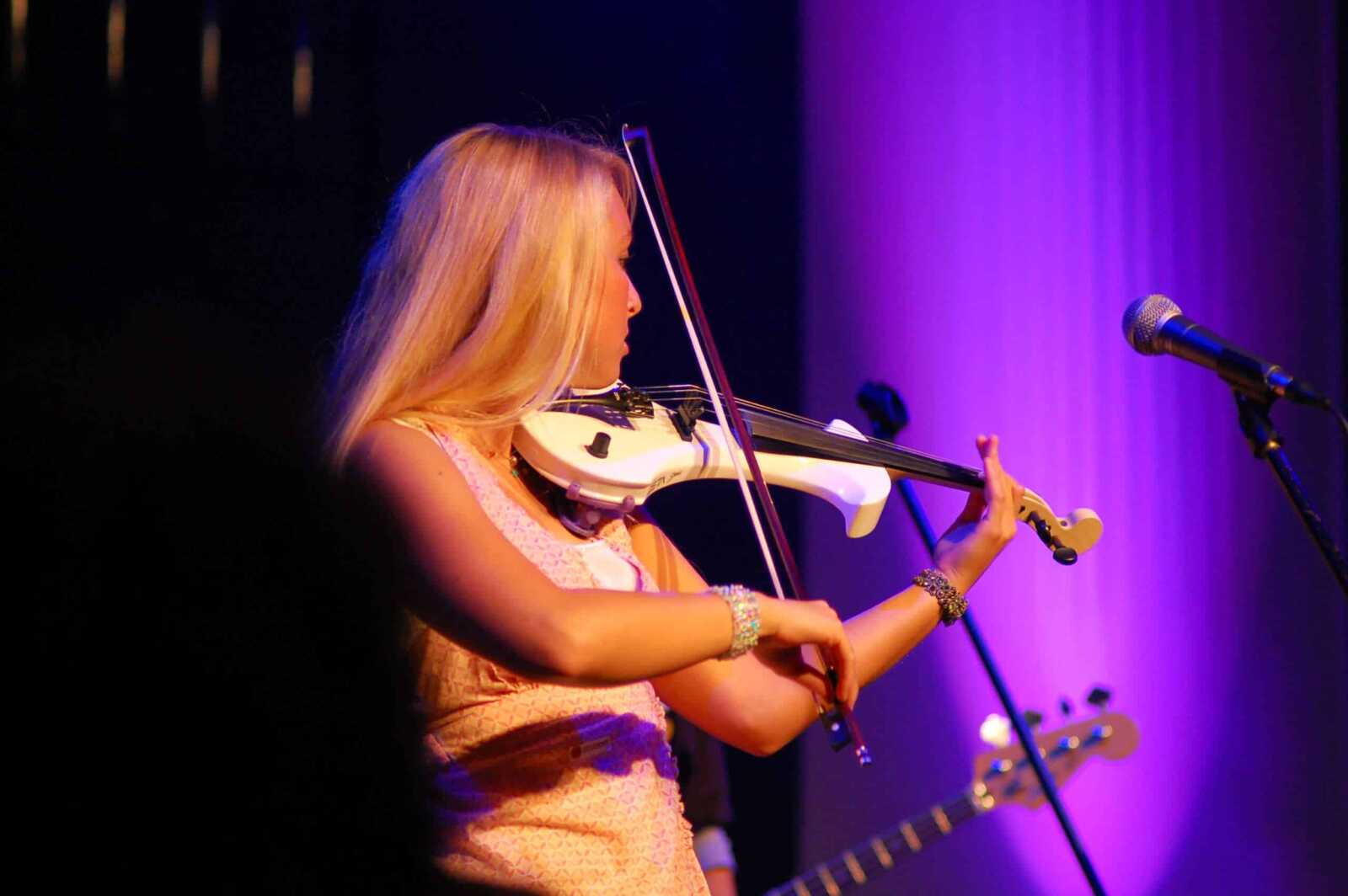 Best Electric Violin 2022: Read This Before Buying A Violin!!