Why Are Steinway Pianos So Expensive? Are They Worth The £??

What is the average cost of a Steinway piano in 2021? We reveal all..

Find yourself asking ‘Why are Steinway Pianos SO Expensive?‘.

You’re not the only one, as (spoiler alert) Steinway pianos aren’t just expensive – they’re some of the most pricy and prestigious that you can get your hands on! Call them the 20-bedroom mega mansions of the piano world. They’re those pianos which are expensive, and then some….

But then again, it’s not like the Steinway price tag is anything new. In fact, ever since Henry Steinway set up shop in Manhattan (New York) in 1853, Steinway pianos have been designed to with one thing in mind, and one thing only: conquering the luxury piano market. So don’t waste your time looking for a bargain-basement Steinway on the backend of eBay – they don’t exist!

But with that being said, there must be a good reason why Steinway pianos are SO expensive? The reason Steinway pianos are still around can’t just be because of brand snobbery and clever marketing, right? Or can it? Read on and we’ll reveal the reason behind their hefty price tag.

After something specific about why are Steinway pianos SO expensive? Or just curious as to how Steinways came about? Use the menu below to track down the answers you need fast…

Why are Steinway pianos so famous?

Steinway pianos didn’t just earn their notoriety overnight – they’re arguably the most famous piano manufacturer out there for a reason. Quite a few actually. All of which help to differentiate them from the majority of luxury piano manufacturers and earn the right to be called one of the best.

So let’s waste no time! Here’s just a couple of reason why Steinway has amassed such musical fame…

What is the average cost of a Steinway piano?

Excuse the cliche, but you can’t really put a price on a Steinway piano…

You won’t find the official price of a Steinway Piano anywhere online. In fact, in terms of pricing, Steinway adopt what we like to call the ‘Rolls Royce Method’. You have to reach out to them to get a bespoke price that includes the cost of your piano, any personalisation you specify, as well as the cost of delivery. And just for reference, they don’t do Prime.

How do we know this? Well, we got in contact with Steinway ourselves and got a quote.

Now obviously, the last thing we’d want to do is get on the wrong side of anyone at Steinway – we’re not here to leak their pricing strategy and worm out way into legal trouble. That’d be foolish! However, what we are here to do is give you guys a guide as to what such an exquisite piano like a Steinway could cost you in 2022.

So just to be clear, the prices below are simply a rough ballpark estimate that sums up the prices that we were given. In other words, take them with a pinch of salt. Our research showed that in 2022, you can expect to pay around…

Why are Steinway pianos SO expensive?

Okay, so now you’re clued up on (roughly) what a Steinway piano will set you back, in 2022, you now need to wrap your head around why. Because at the end of the day, if you don’t understand why a Steinway piano is SO expensive, then you’re never going to see the benefit of footing the price, and perhaps misunderstand what this brand is all about.

With that in mind then, why can Steinway charge five figures for a Grand piano when you could pick up a digital piano on Amazon for less than £500?! Here’s four very good reasons why…

That brand & its heritage

In case you haven’t already gathered, brand and heritage are just one of Steinway’s USPs. Not every lux piano maker can boast over 130 patents and confidently say that there’s a whole pool of artists who’d queue up just to get the chance to play on one of their instruments. Fact remains that the Steinway brand is worth a lot in itself and is part of what you buy into by choosing a Steinway over its rivals. It’s also what makes Steinway the household name that it is today.

There’s no getting around the fact that one of the main reasons why Steinway pianos are so expensive is the sheer amount of craftsmanship that goes into making them. Going by what we can see, you really do get a lot for your money with a Steinway piano! Want proof? Take a listen to John Steinway as he talks you through the company’s patented piano making process… 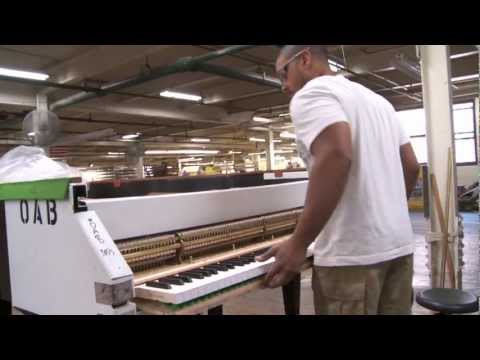 Going by an article published by the Washington Post, the guys in the marketing department need a raise, with the paper claiming that the “supremacy of Steinway is no accident“. In fact, from what the article implies, it seems like Steinway are avid networkers, who use their strong brand to woo artists to being associated with both them and their products. So basically influencer marketing, that enables the artist to appear on the Steinway website (dubbed as a Steinway Artist) and the company to get their products out there into the public eye. Very clever!

They’re an investment, not a cost

While you may ask why Steinway pianos cost SO much, the answer may actually be in the question. You see, unlike your average digital piano that you can pick up for a couple of hundred pounds, Steinways don’t tend to depreciate very fast. In many cases, they actually hold their value pretty well, and if you’re lucky even increase with age, much like a classic car or character property. So much so that they could actually become a 5 figure investment, instead of a 5 figure cost.

* Although with that being said you can’t accurately predict what a Steinway piano is worth, so there’s no guarantee that its value will increase. Reason? At the end of the day, an investment as exclusive as a Steinway piano is only worth what someone is willing to pay. Saying that though, with their being so few second-hand Steinways coming up for sale, we can’t imagine the price you achieve being small. Lack of supply = big demand.

Are Steinway pianos worth the money in 2022?

Yes – despite the hefty price tag, we’d say a Steinway piano is 100% worth it in 2022, providing of course you have the 5 figure savings to invest.

Reason we say so is because the price (while high) is reflective of the work and craftsmanship that goes into making a piano that’s as bespoke as a Steinway. You can buy a digital piano for £500 if you wish, but for that you’re only going to get £500 worth of effort, craftsmanship and attention to detail, if that!

Now granted, Steinway isn’t the only manufacturer to hand-build world-class pianos. Bösendorfer and Fazioli are other manufacturers worth checking out too. With them and Steinway being rivals, you can safely expect the quality of those pianos to be at least on par. However, when it comes to something as prestigious as a grand piano, we wouldn’t advise you scrimp.

Clue’s in the name – go grand! Why being because if you choose wisely, your piano could end up making you money, instead of sapping it. Spend £500 on a budget piano and you can more or less kiss that money goodbye. There’s thousands upon thousands of other pianos out there that look and sound identical, so the value’s hardly likely to increase.

Whereas with a hand-built grand piano like a Steinway, you may actually (in the long run) get the money back, or even turn a profit. With Steinways being far more exclusive than the average upright, their level of desirability is super high. Something that typically demands top dollar!

And what’s more, a Steinway is going to deliver you a far more immersive experience than any budget alternative could ever do. So really, when you look at it, investing in a Steinway pretty much gives you the best of both worlds. All that’s left to do now is get saving.

(1p clinks into the savings tin)

Enjoyed this article and now understand why Steinway pianos are SO expensive? Don’t forget to tap into all our knowledge on Pianos & Keyboards, as well as sample our latest Musical Instrument Reviews. Recently we’ve also deciphered the different Types Of Pianos + unpicked the Grand Piano VS Baby Grand debate too – a nice follow-on, perhaps?

The lowdown on Steinway Pianos + pricy pianos in general…

There’s no finite number of how many Steinway pianos exist, however it’s not many, particularly when compared to other piano manufacturers like Roland and Yamaha. In fact, that’s one of the reasons why Steinway pianos are SO expensive.

In terms of the company, as of today it has an estimated output of around 2600 pianos a year. So consider the 150ish years that the company has been making pianos and even if they were to operated at this levels each year since they began production (which we doubt they did back in the mid 1800s), there’d still only have be less than half a million Steinway pianos made!

We’d say a second hand Steinway piano is never a bad choice, as long as it doesn’t have teflon bushings. Reason being that a piano with these can prove to be troublesome. But we’ll spare you the long-winded technical explanation – let’s just say that as you can imagine, they’re not not cheap to fix.

Another thing to watch out for on early models is also something called verdigris. A condition where the actions becomes all gummed up due to them being dipped in paraffin oil while they were being manufactured. A common cause of this could be a change in climate. Good to know if you’re making a purchase from abroad.

Steinway do indeed still make pianos. The majority are handmade across their factories in New York and Hamburg. And that’s been the case since 1880! 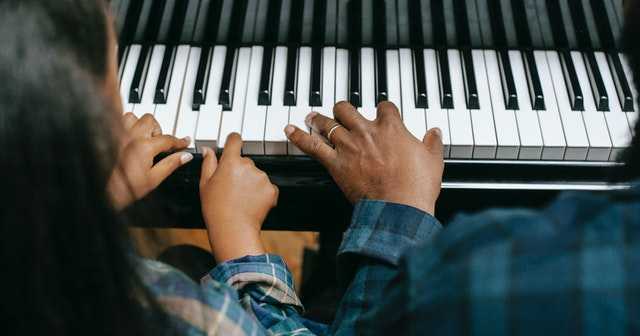 Acrosonic Pianos Dissected… Is A Baldwin Acrosonic Worth A Lot? 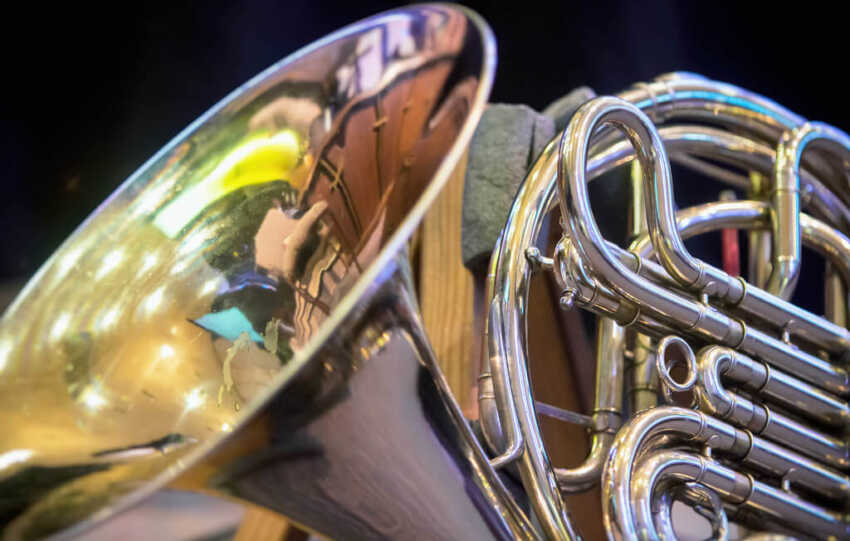